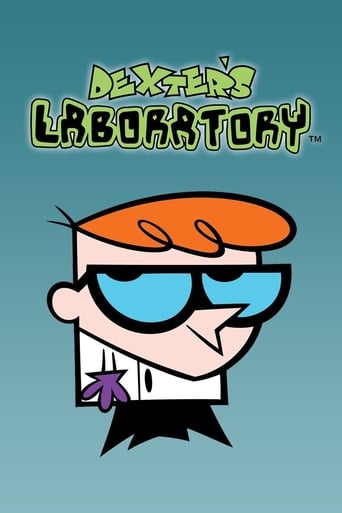 Dexter's Laboratory is an American comic science fiction animated children's television series created by Genndy Tartakovsky for Cartoon Network. The series follows Dexter, a boy-genius with a secret laboratory filled with his collection of inventions. He constantly battles his sister Dee Dee, who always gains access despite his best efforts to keep her out, as well as his arch-rival and neighbor, Mandark. The series' first two seasons contain additional segments: Dial M for Monkey, which focuses on Dexter's pet lab monkey-turned-superhero, and The Justice Friends, about a trio of superheroes who share an apartment. Tartakovsky first pitched the series to Hanna-Barbera's animated shorts showcase World Premiere Toons, basing it on student films he produced while attending the California Institute of the Arts. Four shorts were created and broadcast on Cartoon Network in 1995 and 1996 before viewer approval ratings convinced the network to order a 13-episode first season, which premiered on April 28, 1996. By 1999, 52 episodes and a television movie had been produced, and Tartakovsky then left the series to begin work on his other projects, Samurai Jack and Star Wars: Clone Wars. In 2001, the network revived the series under a different production team at Cartoon Network Studios, and after 26 more episodes, the series ended on November 20, 2003.