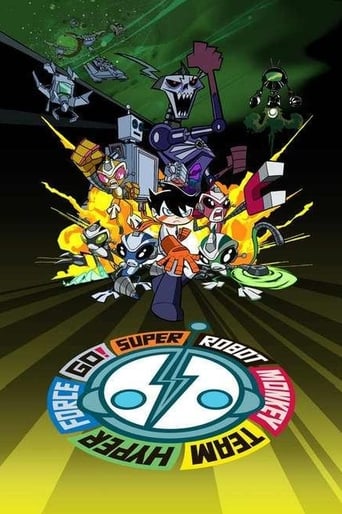 Super Robot Monkey Team Hyperforce Go! is an American/Japanese animated television series, and was created by Ciro Nieli, one of the directors of Teen Titans, with animation being done by a Japanese studio known as The Answer Studio. Set mainly on the fictional planet of Shuggazoom, the series follows the adventures of five cyborg monkeys and a human boy named Chiro as they struggle to protect their planet - and the rest of the universe - from the forces of evil. As is obvious from the visual appearance of the show, there is a significant anime influence present, despite being produced for American television. It was also influenced by Star Trek, Super Sentai, Voltron and Star Wars. The show also contains various references to pop culture, a notable example being the episode "Season of the Skull", which is a parody of the 1970s thriller The Wicker Man.