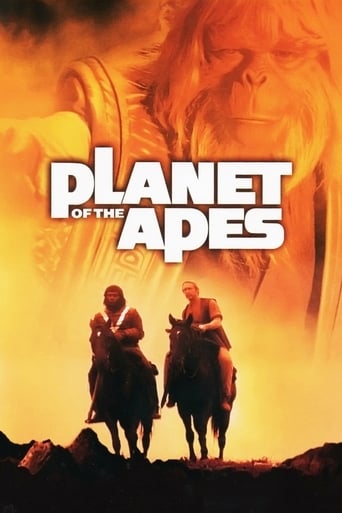 Two astronauts and a sympathetic chimp friend are fugitives in a future Earth dominated by a civilization of humanoid apes. Based on the 1968 Planet of the Apes film and its sequels, which were inspired by the novel of the same name by Pierre Boulle.