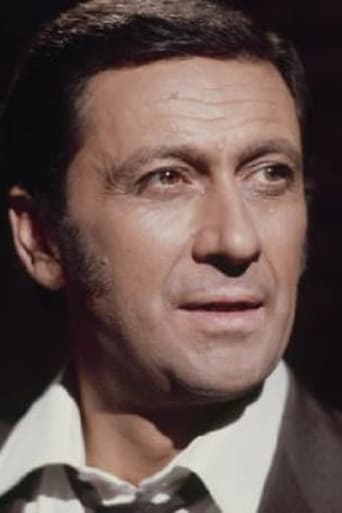 From Wikipedia, the free encyclopedia. Cesare Danova (March 1, 1926 - March 19, 1992), born Cesare Deitinger in Bergamo, Italy, was a television and screen actor. He adopted the stage name Danova when he turned to acting in Rome at the end of World War II. He migrated to the United States in the 1950s to make the film Don Giovanni (Don Juan) in 1955. He was contracted to MGM in 1956. Other appearances include The Man Who Understood Women. He tested for a part in Ben Hur, but his big break was the role of Apollodorus, Cleopatra's personal servant in the 1963 film, Cleopatra directed by Joseph Mankiewicz and starring Elizabeth Taylor, Richard Burton and Rex Harrison. While the original script called for a major role for Danova, who was to form a trio of Cleopatra's lovers alongside Harrison's Caesar and Burton's Marc Antony. Though a number of scenes featuring Taylor and Danova were shot, the script was revised and the role truncated as the Burton-Taylor affair made tabloid headlines. What remained was little more than a cameo. The following year he starred as Count Elmo Mancini in Viva Las Vegas as Elvis Presley's rival for both Ann Margaret's Rusty Martin and for the Las Vegas Grand Prix (predictably losing both to Elvis's Lucky Jackson). In 1967, Danova had another break with the TV series, Garrison's Gorillas, in which he played the role of Actor. Clearly inspired by the hit film, The Dirty Dozen and the hit TV series Mission: Impossible, the series had an ensemble cast but, unfortunately, only ran for 26 episodes. Two of his best roles were as the neighborhood mafia Don, Giovanni Cappa, in Martin Scorsese's Mean Streets (1973) and as the corrupt town mayor, Carmine DePasto, in National Lampoon's Animal House (1978). He also acted in three episodes of The Rifleman, and regularly appeared as a guest star on numerous television series, including Murder, She Wrote, Maude, Falcon Crest, and the revival of Mission: Impossible (1988–90). He died of a heart attack at the Academy of Motion Picture Arts and Sciences headquarters in Los Angeles while attending a meeting of the Foreign Language Film committee. His mausoleum is in Valhalla Memorial Park Cemetery. Danova was married twice and had two sons, Marco & Fabrizio, by his first wife, Pamela. He was an expert horseman, avid polo player, and an excellent archer. Description above from the Wikipedia article Cesare Danova, licensed under CC-BY-SA, full list of contributors on Wikipedia.