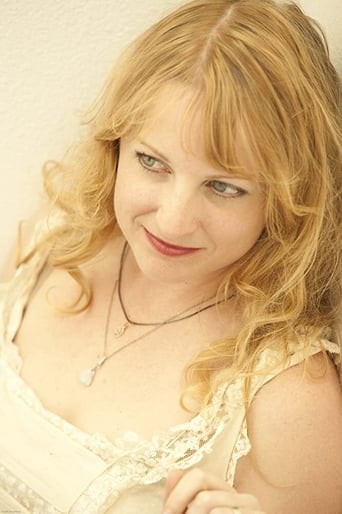 From Wikipedia, the free encyclopedia. Hynden Walch is an American actress. One of her most known roles is Starfire in Teen Titans. She also voiced Penny Sanchez on the Nickelodeon show ChalkZone and Elsie on the Disney Channel show Stanley. Corresponding with her Teen Titans co-stars, she played the role of a member of the Royal Flush Gang, Ace, in the episode "Wild Cards" in Justice League. She reprised this role in the Justice League Unlimited episode "Epilogue". She later played Harley Quinn in The Batman. She has more recently been cast as the voice of Princess Bubblegum in Adventure Time with Finn and Jake. However she has possibly left the role because the younger version that the character has turned into is voiced by Isabella Acres. In anime, she has voiced Amy Stapleton in IGPX, Emiri Kimidori in The Melancholy of Haruhi Suzumiya, Yutaka Kobayakawa in Lucky Star and Nia Teppelin in Tengen Toppa Gurren Lagann. In video games, she voiced Joe's sister, Jasmine, and mother, Junko, in Viewtiful Joe: Double Trouble!. She has also voiced Coco Bandicoot and Polar in Crash Team Racing. She recently provided the English voice of Hitomi in Dead or Alive Xtreme 2. She also voiced Talim in Soulcalibur III and Soulcalibur IV. In live-action, she played Mae Capone on The Untouchables and appeared as a witch in the Charmed episode "Ms. Hellfire". Description above from the Wikipedia article Hynden Walch, licensed under CC-BY-SA,full list of contributors on Wikipedia.