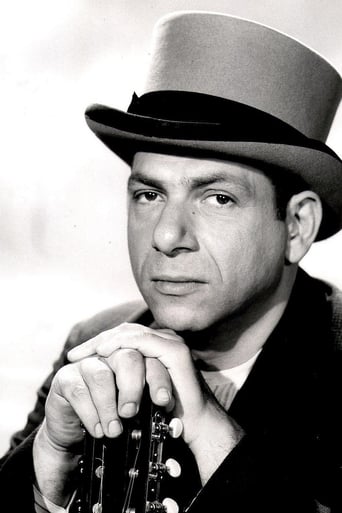 From Wikipedia, the free encyclopedia Herschel Bernardi (30 October 1923, New York City – 9 May 1986, Los Angeles, California) was an American film, Broadway, and television actor. He is best known for his starring roles on Broadway including Fiddler on the Roof (as Tevye), Zorba, and Bajour, but he also acted in many television shows, including Harbor Command and The Eleventh Hour (both with Wendell Corey), as well as State Trooper, Peter Gunn. He was the lead in the CBS sitcom Arnie. Bernardi wrote at least one script for Peter Gunn. In Arnie, he starred for two years as someone plucked from the loading dock of a flange company to become an executive. Originally, the character was to receive a $25,000 annual salary, which was very good in those days. But, national economic woes caused producers to substitute the figure of $20,000 per year before airing. Born into the Yiddish theatre, Bernardi was appearing on the stages of 2nd Avenue with his acting family before he could talk. In the 1930s, Bernardi appeared in the Yiddish films of Edgar G. Ulmer and was later among those actors who made the transition from Yiddish-speaking roles in film to American films. Bernardi was also in several notable films, including Irma La Douce, Love with the Proper Stranger and the 1976 film The Front, a film about blacklisting in the entertainment industry. Bernardi was the victim of blacklisting during the 1950s, as were several other performers and the screenwriter and director on that film. Bernardi was a noted voiceover artist and narrator with hundreds of films, commercials and cartoons to his credit and was the original voice of StarKist Tuna animated character, "Charlie the Tuna". Herschel Bernardi also had two minor record hits, 1967's "If I Were A Rich Man", reflecting his success as Tevye, and 1971's "Pencil Marks On The Wall". Description above from the Wikipedia article Herschel Bernardi, licensed under CC-BY-SA, full list of contributors on Wikipedia.