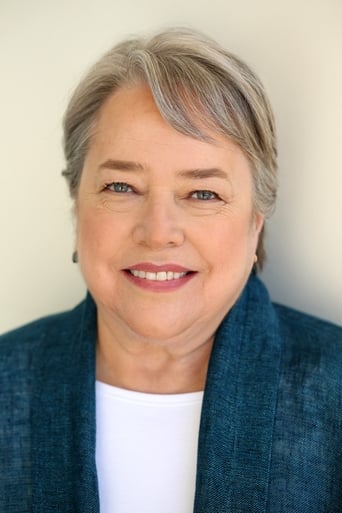 From Wikipedia, the free encyclopedia. Kathleen Doyle "Kathy" Bates (born June 28, 1948) is an American actress and director. After several small roles in film and television, Bates rose to prominence with her performance in Misery (1990), for which she won both the Academy Award for Best Actress and a Golden Globe. She followed this with major roles in Fried Green Tomatoes (1991) and Dolores Claiborne (1995), before playing a featured role as Margaret "Molly" Brown in Titanic (1997). During this time she began her directing career, primarily in television. Bates received a Tony Award nomination for her 1983 performance in the Broadway play 'night, Mother. She won a Screen Actors Guild Award for her performance in Primary Colors (1998), for which she also received an Academy Award nomination for Best Supporting Actress. She was also nominated for an Academy Award for Best Supporting Actress for About Schmidt (2002). Her television work has resulted in eight Emmy Award nominations. Diagnosed with ovarian cancer in 2003, Bates has stated that she has made a full recovery. Description above from the Wikipedia article Kathy Bates, licensed under CC-BY-SA, full list of contributors on Wikipedia​