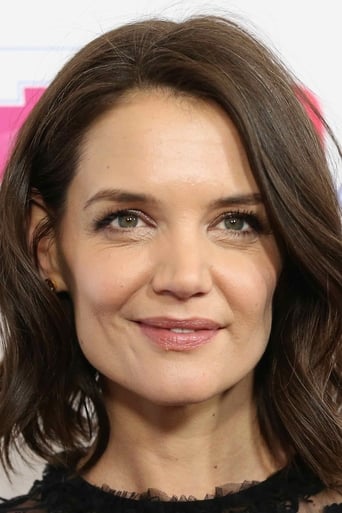 Kate Noelle "Katie" Holmes (born December 18, 1978, height 5' 9" (1,75 m)) is an American actress who first achieved fame for her role as Joey Potter on The WB television teen drama Dawson's Creek from 1998 to 2003. Her movie roles have ranged from art house films such as The Ice Storm to thrillers such as Abandon to blockbusters such as Batman Begins. In early 2005, Holmes began a highly publicized relationship with actor Tom Cruise. In June, two months after they first met, Holmes and Cruise were engaged. Their relationship made Holmes the subject of international media attention, much of it negative, including speculation the relationship was a publicity stunt to promote the couple's films. Holmes, who was brought up as a Roman Catholic, joined the Church of Scientology shortly after the couple began dating. In April 2006, Holmes gave birth to their daughter, Suri. On November 18, 2006, she and Cruise married in Italy.