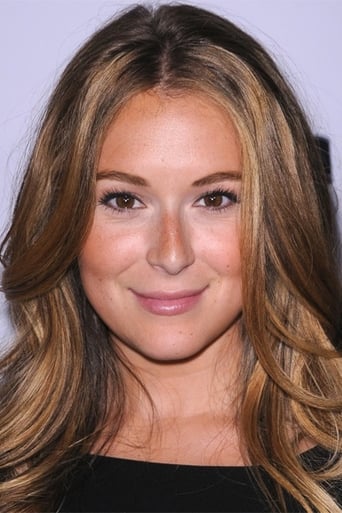 From Wikipedia, the free encyclopedia. Alexa Ellesse Pena-Vega (born August 27, 1988) is an American actress, singer and pianist. She is best known for playing Carmen Cortez in Spy Kids film series and Shilo Wallace in the movie Repo! the Genetic Opera. In 2009, she starred as the title character Ruby Gallagher in the ABC Family series Ruby & The Rockits. Early life Alexa Vega was born in Miami, Florida. Her father is Colombian and her mother, Gina Rue, is an American former model. Vega has six siblings: paternal half-sister Margaux Vega (b. 1981), sister Krizia Vega (b. 1990), sister Makenzie Vega (b. 1994), maternal half-sister Greylin James (b. 2000), maternal half-brother Jet James (b. 2005), and maternal half-brother Cruz Hudson Rue (b. 2009). She moved with her family to California when she was four years old. Personal life Vega married film producer Sean Covel on October 10, 2010 in a ceremony held in his hometown of Lead, South Dakota. She wore an Ian Stuart gown and was walked down the aisle by Robert Rodriguez. In July 2012, Vega announced on Twitter that she had divorced Covel. Personal life In August 2013, while on a cruise with friends, Vega became engaged to actor and singer Carlos Pena, Jr. The couple married on January 4, 2014 in Puerto Vallarta, Mexico, and changed their surname to PenaVega.Vega is a Christian. Vega says her faith is the most important thing in her life. Vega enjoys freshwater fishing, can speak Spanish fluently, and is an experienced gymnastVega is close friends with Nikki Reed and was the maid of honor at Reed's wedding to Paul McDonald.