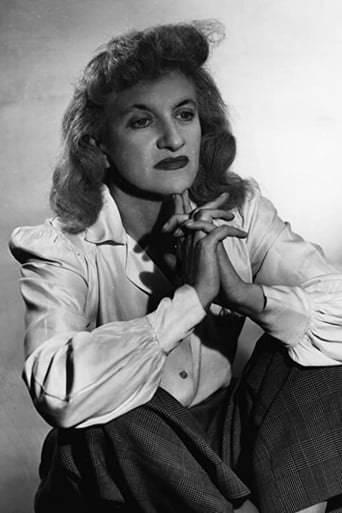 From Wikipedia, the free encyclopedia Hermione Gingold (9 December 1897 – 24 May 1987) was an English actress known for her sharp-tongued, eccentric persona, an image enhanced by her sharp nose and chin, as well as her deepening voice, a result of vocal nodes which her mother reportedly encouraged her not to remove. She starred on stage, on radio, in films, on television, and in recordings. She also appeared on the NBC interview program Here's Hollywood.   Description above from the Wikipedia article Hermione Gingold, licensed under CC-BY-SA, full list of contributors on Wikipedia.