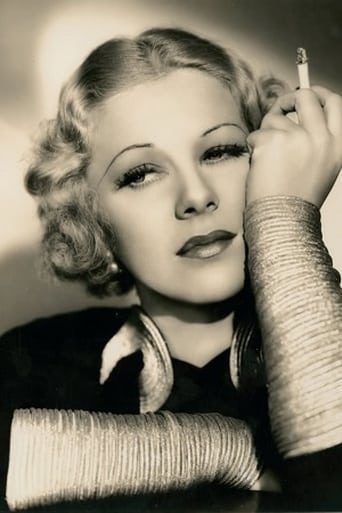 ​After gaining acting experience on the stage, Glenda Farrell became a Warner contract actor in the early 1930s. In spite of her later casting as a hard-boiled reporter in Mystery of the Wax Museum (1933) or successful gold digger Gold Diggers of 1935 (1935), one of her first roles was the romantic interest of Edward G. Robinson's former partner in Little Caesar (1931). In most movies, she only had supporting roles, but she's best remembered as a hard-boiled, fast-talking (she was able to speak 390 words in a minute) reporter Torchy Blaine in the film series of the same name. Date of Death 1 May 1971, New York City, New York  (lung cancer)