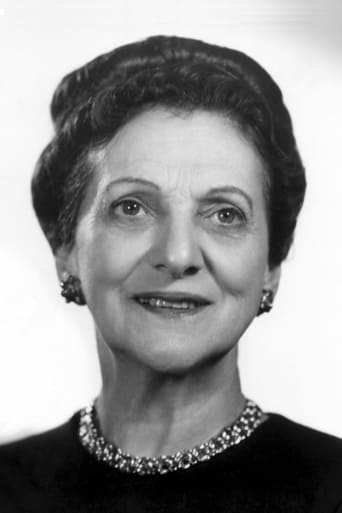 From Wikipedia, the free encyclopedia Beulah Bondi (May 3, 1888 – January 11, 1981) was an American actress. Bondi began her acting career as a young child in theater, and after establishing herself as a stage actress, she reprised her role in Street Scene for the 1931 film version. She played supporting roles in several films during the 1930s, and was twice nominated for an Academy Award for Best Supporting Actress. She played the mother of James Stewart in four films, including Mr. Smith Goes to Washington (1939) and It's a Wonderful Life (1946). She continued acting into her old age, and won an Emmy Award for an appearance in the television series The Waltons in 1976. Description above from the Wikipedia article Beulah Bondi, licensed under CC-BY-SA, full list of contributors on Wikipedia.