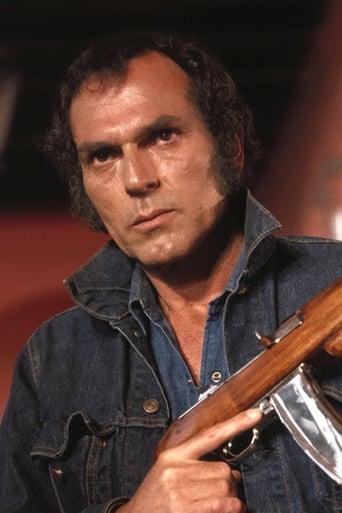 ​From Wikipedia, the free encyclopedia Don Gordon (born November 13, 1926) is an American film and television actor. He is sometimes billed as Donald Gordon. Gordon was born in Los Angeles, California, as Donald Walter Guadagno. His most notable films were where he appeared alongside his friend Steve McQueen in Bullitt, Papillon and The Towering Inferno. He also guest starred twice on McQueen's CBS western series, Wanted: Dead or Alive. In 1981, Gordon played the assistant of the Antichrist Damien Thorn in Omen III: The Final Conflict. Gordon also had a bit part as a police officer in Lethal Weapon, starring Mel Gibson and Danny Glover. In 1962, he was nominated for one Primetime Emmy Award for his role as Joey Tassili on CBS's The Defenders. Gordon appeared in the 1959 episode "In a Deadly Fashion" of the syndicated television series Border Patrol, starring Richard Webb. Another early appearance from Gordon was in a memorable supporting role in The Twilight Zone episodes "The Four of Us Are Dying" and "The Self-Improvement of Salvadore Ross" . In the 1960-1961 season, Gordon was a cast member of the syndicated series, The Blue Angels, with co-stars Dennis Cross, Warner Jones, Morgan Jones, and Mike Galloway, based on the elite flight daredevils of the United States Navy Blue Angels. In 1963, Gordon appeared in the episode "Without Wheat, There is No Bread" of the CBS anthology series, The Lloyd Bridges Show. That same year, he appeared on NBC's medical drama, The Eleventh Hour. In the 1963-1964 season, he played a soldier returning from South Vietnam in the ABC drama Channing, set on the fictitious Channing College campus and co-starring Jason Evers and Henry Jones. Another science-fiction role for him was on an episode of The Outer Limits entitled "The Invisibles". In 1974, he played a former convict, who is murdered by Dick Van Dyke in the Columbo episode "Negative Reaction". Gordon's last credited film work was the 2005 documentary, Steve McQueen - The Essence of Cool. Gordon was interviewed along with several others who had worked with McQueen, including Robert Culp, Robert Vaughn, Eli Wallach, Martin Landau and Sir Richard Attenborough. Description above from the Wikipedia article Don Gordon(actor), licensed under CC-BY-SA, full list of contributors on Wikipedia.