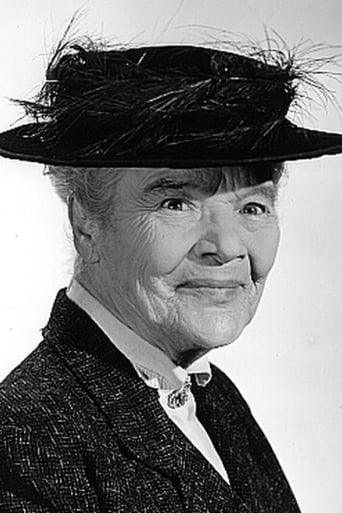 She survived the death of her husband in 1905, the San Francisco earthquake in 1906 and raising four children with no money. In 1926, when she was 64 she became one of the most mature freshman ever to enter the University of California. She graduated 6 years later with her B.A. degree. In 1940 she went to Hollywood, where she began her acting career. Best known for her role in Shirley Temple's Storybook production of "Sleeping Beauty", although she is probably seen most often in "Going My Way" as Father Fitzgibbon's elderly mother. Date of Birth 19 September 1862, Benton County, Iowa, USA Date of Death 13 August 1961, Hollywood, Los Angeles, California, USA