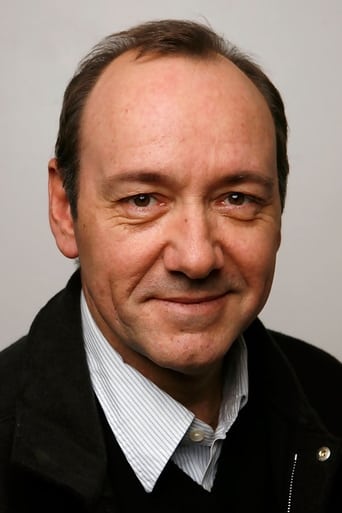 Kevin moved his youth in Los Angeles with his family (mother, secretary, technical father of Lockheed Corporation, a sister and a brother both larger). Given the turbulent nature of the boy's parents decide to enroll at Northridge Military Academy, where but little is ejected after hitting - it seems self-defense - another student of the academy. Kevin then enrolled at Chatsworth High School, where he met two future colleagues, Val Kilmer and Mare Winningham, in which states during the study in the school play The Sound of Music. Among the passion for boxing and one for acting, Kevin choose the latter, even on the advice of his friend Val Kilmer suggests that moving to New York to attend lectures at the famous Juilliard school for actors. Start calling himself Kevin Spacey, it says in memory of John Graham Spacey, the first of his ancestors have moved from Britain to the United States. After two years, Kevin leave the Juilliard and try your luck on Broadway. His first experience with the important role of a messenger arrives nell'Enrico VI of Joseph Papp. Following is the director Mike Nichols to give him a part in Lies, kisses, dolls & bastards and take it to the big screen, albeit with small roles in Heartburn - Affairs of the heart and a career woman. Since then alternate the theater, films, bringing success both in one another: in 1991, in fact, won a Tony Award for Best Supporting Actor for his portrayal of Uncle Louie's comedy Lost in Yonkers by Neil Simon, and the consecration on the big screen came in 1996 with the Oscar win for Best Supporting Actor for the thriller The Usual Suspects, which follows in the 2000 Oscar for Best Actor for American Beauty. During the ceremony for the delivery of this second Oscar was much applauded for dedicating the award to Jack Lemmon for his famous interpretation of the employee CCBaxter in the film The Apartment. Kevin Spacey is not content to act, but also gives a director with Albino Alligator, the film that goes almost unnoticed, however. Today has its own production house, the Trigger Street, which was created to allow young talent to break into the film world. The only role in a movie where Spacey has refused to act was in 2006 in the film The First Time. His love life do not know practically nothing just want to Spacey, who prefers to remain in the public eye and not an actor yet another object of gossip. He currently lives in London and received British citizenship, having engaged with great energy in the full recovery of London's Old Vic theater, where he became artistic director in 2003.