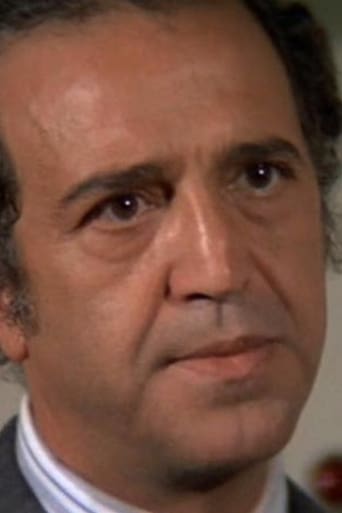 Fred Sadoff (October 21, 1926 — May 6, 1994) was an American film, stage and television actor. Frederick Edward Sadoff was born in Brooklyn, New York to Henry and Bertha Sadoff; his only brother was born five years earlier. He got his start as an actor on Broadway in the late 1940s, appearing in South Pacific in the role of 'Professor'. A life member of The Actors Studio, Salmi also appeared in Camino Real and Wish You Were Here. In 1956, he became personal assistant to Michael Redgrave who starred in and directed a production of The Sleeping Prince. Sadoff moved to London to form a production company with Redgrave under the name F.E.S. Plays, Ltd. which presented works including The Importance of Being Oscar which had a short run on Broadway in 1961. While in England, he also worked as a director for the BBC and Rediffusion. Eventually returning to the United States, he found success as an actor in The Poseidon Adventure in 1972 when he was cast as Linarcos, the company representative who ordered Captain Harrison (Leslie Nielsen) full ahead. He also acted in other films, including Papillon (1973), Cinderella Liberty (1973) and The Terminal Man (1974). He also acted in several soap operas, including Ryan's Hope, All My Children and Days of our Lives. On television, he appeared in guess roles on such series as Quincy, M.E., The Streets of San Francisco, The Rockford Files, Barney Miller and Buck Rogers in the 25th Century. Fred Sadoff died of AIDS on May 6, 1994 in his home in Los Angeles, California at age 67.