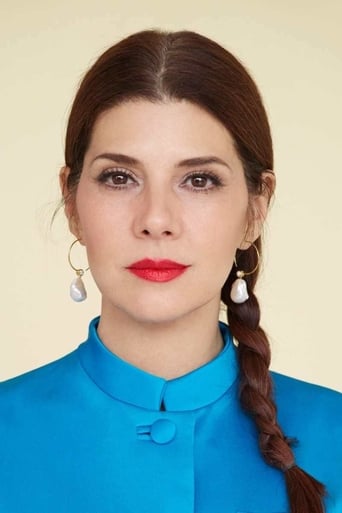 From Wikipedia, the free encyclopedia Marisa Tomei (born December 4, 1964) is an American stage, film and television actress. Following her work on As The World Turns, Tomei came to prominence as a supporting cast member on The Cosby Show spinoff A Different World in 1987. After appearing in a few films, her breakthrough came in 1992 with the comedy My Cousin Vinny, for which she won the Academy Award for Best Supporting Actress. Following other films, Tomei appeared in the cult film, Slums of Beverly Hills in 1998. Appearing in many films in the past fifteen years, her most commercially successful films to date are What Women Want (2000), Anger Management (2003), and Wild Hogs (2007). She received critical acclaim for her performances in Unhook the Stars (1996), Slums of Beverly Hills (1998), Before the Devil Knows You're Dead (2007) and received subsequent Academy Award nominations for her performances in In the Bedroom (2001) and The Wrestler (2008). Description above from the Wikipedia article Marisa Tomei, licensed under CC-BY-SA, full list of contributors on Wikipedia.