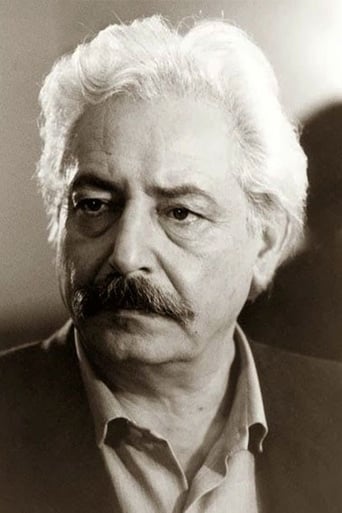 Jamshid Mashayekhi is a celebrated Iranian actor and an iconic figure of Iranian cinema. Mashayekhi began professional acting on stage in 1957. His first feature film role was Brick and Mirror(1965, Ebrahim Golestan). After a four-year break, he acted in The Cow (1969, Darius Mehrjui) and Kaiser(Qeysar) (1969, Masoud Kimiai). Mashayekhi commonly appears as an elderly grandfather because of his white hair and charismatic face and figure. He received a best performance award for The Grandfather (1985, Majid Gharizadeh) from the First Festival of Non-aligned Countries in North Korea.