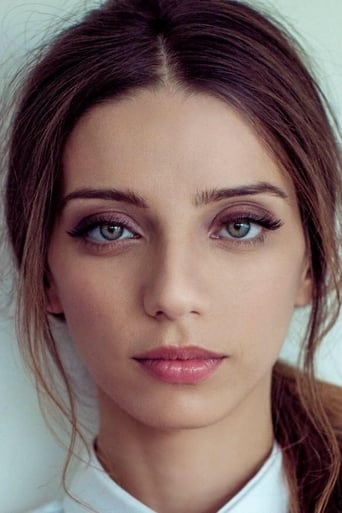 From Wikipedia, the free encyclopedia. Angela Sarafyan (height 5' 8" (1,73 m)) is an Armenian American actress. She is sometimes credited as Angela Sarafian.Sarafyan was born in Yerevan, Armenian SSR, and moved with her parents to the United States at the age of four. Sarafyan plays "Samantha Evans" on The Good Guys and "Stormy" on Sex Ed: The Series as well as guest-star roles in several television series such as Judging Amy, Buffy the Vampire Slayer, The Shield, The Division, 24, Cold Case, South of Nowhere, Criminal Minds, CSI: NY, Nikita, and The Mentalist. In 2008, she had a recurring role in the USA Network series In Plain Sight. In 2010 Sarafyan joined the cast of The Good Guys. Her role is the offbeat and socially awkward Samantha Evans. She also acted as one of the main characters in the short series Hot Sluts from Atom.com, which is also featured on Comedy Central Late Night and Lost & Found in Armenia in 2012. Sarafyan has acted in the feature films: On the Doll, Kabluey, The Informers, A Beautiful Life, Breaking Dawn, A Good Old Fashioned Orgy, and Lost and Found in Armenia. She played the role of Egyptian vampire Tia in The Twilight Saga: Breaking Dawn – Part 2, the mate of vampire Benjamin.