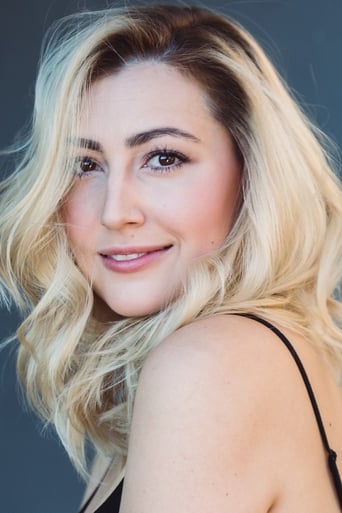 Success has arrived early for Taylor Dooley. She can next be seen in The Adventures of Sharkboy and Lavagirl 3-D (2005) (opens June 10) from director 'Robert Rodriquez (I)' (Spy Kids (2001)). Taylor will portray "Lava Girl", who comes to life as an imaginary friend to a lonely 10-year-old boy. Taylor's first step on her path to stardom began when she was nine and she started studying dance and acting with the Phoenix Theater's Performance Troop. With the theater group, Taylor's unique personality and dramatic and comedic dexterity were quickly discovered by audiences in and around Phoenix. With her hard work and dedication, it didn't take long for Hollywood to notice her talent. She quickly landed a national commercial for Famous Footwear, and ads for Disney Superstar Kids, Mary Kate and Ashley clothing line and Honda's Odyssey minivan. Taylor is no ordinary youth. Her deep passion and enthusiasm for acting and performing, plus her willingness to spend long hours in developing a variety of skills, is what has brought her this far in her pursuit for career excellence and prominence. Taylor's ambition is to eventually attend the prestigious Juilliard School. In her free time, Taylor is a very active 12-year-old. She enjoys horseback riding, dancing and swimming. She currently resides in Los Angeles with her parents and younger brother.