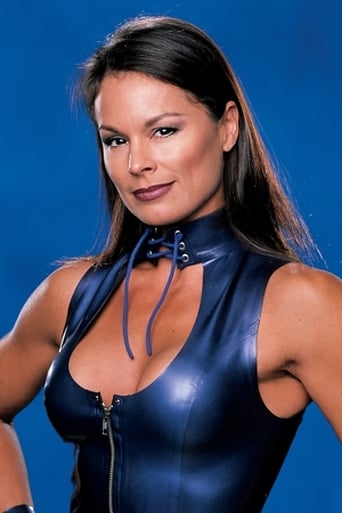 Lisa Mary Moretti is a retired American professional wrestler. She is best known for her appearances with World Wrestling Entertainment (previously the World Wrestling Federation) between 1999 and 2005 under the ring name Ivory. Moretti, however, began her career in the Gorgeous Ladies of Wrestling professional wrestling promotion, where she wrestled as Tina Ferrari from the mid-to-late 1980s. She then debuted in the World Wrestling Federation in 1999 as the manager for the team of Mark Henry and D'Lo Brown. She won the WWE Women's Championship twice before becoming a part of the Right to Censor, an alliance of wrestlers with conservative views, and winning the title for a third time. In her later years with the company, she only wrestled sporadically. She did, however, co-host The WWE Experience and act as a trainer on WWE Tough Enough. After being released in 2005, she wrestled a few matches on Women Superstars Uncensored, winning two other titles, and Moretti was also inducted into the WSU Hall of Fame. She also began working in the landscaping industry and volunteering with her local animal shelter. In addition, she opened an animal and grooming facility named Downtown Dog in her hometown in 2007.