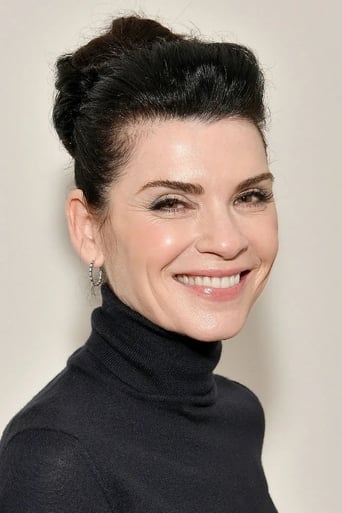 From Wikipedia, the free encyclopedia. Julianna Luisa Margulies ( born June 8, 1966) is an American actress. After several small television roles, Margulies achieved success in her continuing role as Nurse Carol Hathaway on the NBC medical drama ER, for which she won an Emmy Award. After her departure from ER in 2000, Margulies appeared in the 2001 miniseries The Mists of Avalon and voiced the female iguanadon, Neera, in the animated film Dinosaur (2000). In 2009, she took the lead role in the American legal drama The Good Wife on CBS, for which she won a Golden Globe and two Screen Actors Guild Awards. Description above from the Wikipedia article Julianna Margulies , licensed under CC-BY-SA,full list of contributors on Wikipedia.