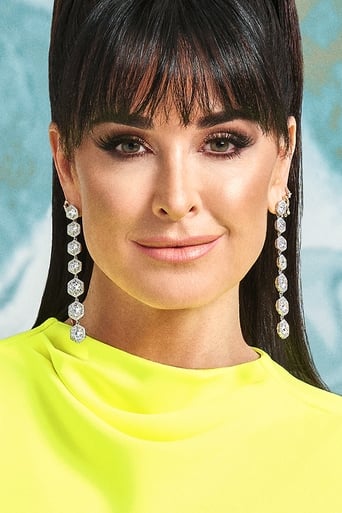 From Wikipedia, the free encyclopedia. Kyle Egan Richards (born January 11, 1969, height 5' 2" (1,57 m)) is an Americanactress and television personality. She is known for returning to television with her sister, Kim Richards, on Bravo's The Real Housewives of Beverly Hills. Early life Richards was born in the Hollywood to Kenneth E. Richards (1935–1998) and Kathleen (née Dugan) Richards (1938–2002).The couple separated in 1972 and Kathleen later remarried twice more. Richards' siblings are Kathy Hilton (her older half-sister from her mother's first marriage to Lawrence Avanzino; born 1959) and Kim Richards (born 1964). Nicky and Paris Hilton are her nieces. Acting career Richards began acting in 1974. She appeared in eighteen episodes of the television series Little House on the Prairie as Alicia Sanderson Edwards. Her sister, Kim, was also an actress. In the 1970s, Richards appeared on several television series and in a few horror films. In 1980 she appeared opposite Bette Davis and Lynn-Holly Johnson in The Watcher in the Woods. Most of her 1980s roles were minor, and included made-for-television, direct-to-video, or other video work. Subsequent roles included Nurse Dori in 21 episodes of ER (1998–2006) and Lisa, a supporting character in National Lampoon's Pledge This!. She also appeared in The Simple Life and My New BFF.She appears on Bravo's The Real Housewives of Beverly Hills, which the first season aired from October 2010 through February 2011. She and her sister, Kim Richards, are both currently appearing in the show on Bravo.