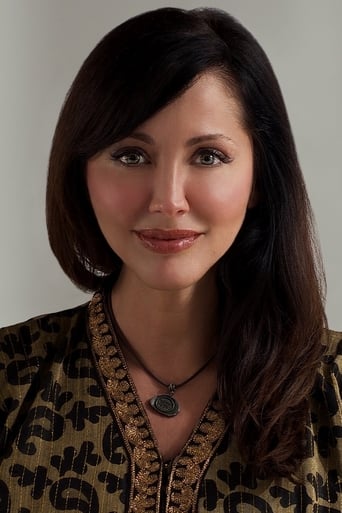 Brains and beauty are two words that have been repeatedly used to describe Bobbie Phillips throughout her career. A true "Chameleon"(1998), Bobbie has played roles so diverse in her years as an actress, sometimes it's difficult to recognize her in the role. Her most famous roles have been: Julie Costello on Steven Bochco's Murder One (1995); Dr. Bambi Berenbaum on The X-Files (1993); the First Female Crow, "Talon", on The Crow: Stairway to Heaven (1998); and as the "Chameleon" in a series of movies for Paramount. Bobbie retired from acting in 2003, just after filming the aptly titled World Wide Pictures movie Last Flight Out in which Bobbie played a missionary doctor in the jungle. As life would imitate art, Bobbie along with her husband and their two rescue dogs Rufus & Roxy moved to Costa Rica. It was in Costa Rica that Bobbie and her husband, Anthony, designed and built an award winning hotel, Hotel Casa Chameleon. Casa Chameleon was chosen by Conde Nast as "One of the Top Hotels in the World" in 1995. Bobbie Phillips now lives in Toronto, Canada and recently resumed acting again with roles in 2014. The Lifetime television movie "The Good Sister" as well as a short entitled "Doomsday". Bobbie is slated next for "The Portrait's Secret (2015) as Congresswoman Johnson. Welcome back Bobbie Phillips!