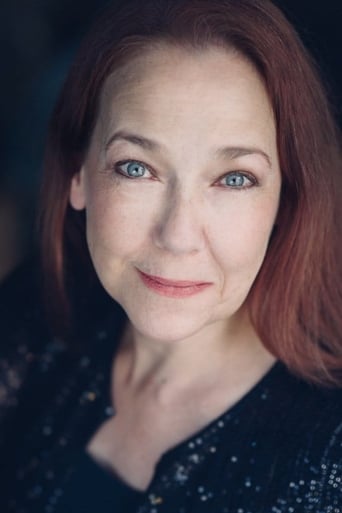 Born in Texas, Harriet Sansom Harris got involved in acting as a youngster. At seventeen, Harris was accepted at New York's famed Juilliard School. Upon graduation, Harris joined The Acting Company, a repertory group formed by the first alumni of John Houseman's Drama Division of The Juilliard School. She spent three years with the Company before she left to work primarily in regional theater. This led to a successful Broadway and Off-Broadway career. Her life changed after appearing as the sole female in the original cast of "Jeffrey", Paul Rudnick's smash Off-Broadway hit about love in the time of AIDS. "Jeffrey" led to guest shots on series television, including "Frasier" (1993), where she created the memorable role of "Bebe Glazer", Frasier's cutthroat, neurotic, chain-smoking agent. She also won raves from critics for her role of "Vivian Buchanan" on CBS's "The 5 Mrs. Buchanans" (1994). She now calls New York her home, but frequently travels to California for film and television appearances. IMDb Mini Biography By: Dan Flave-Novak