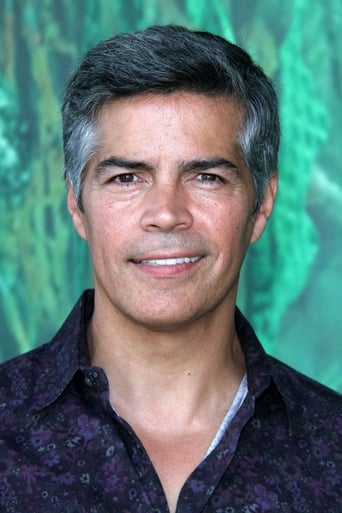 ​From Wikipedia, the free encyclopedia.   Esai Manuel Morales, Jr. (born October 1, 1962) is an American actor known for his role as Bob Valenzuela in the 1987 biopic La Bamba. He also appeared in the PBS drama American Family and in the Showtime series Resurrection Blvd.. Although in television, he would perhaps be best known for his roles as Lt. Tony Rodriguez on NYPD Blue and Joseph Adama in Caprica. Description above from the Wikipedia article Esai Morales, licensed under CC-BY-SA, full list of contributors on Wikipedia.