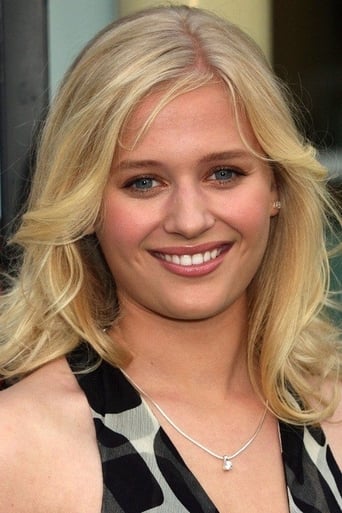 Carly's tag-along trip to her cousin’s audition in 1993 turned out to be her lucky day and the start of her career as an actress. While there, the cute three-year-old was spotted by the casting director and asked if she would consider working for them. While Carly’s mom, Kelli, was hesitant at first, the prospects of tucking away money for a college education appealed to her. “Carly going to Chicago once a month for a job would be fine as long as it didn’t interfere with our family time,” Kelli said. After her first job, she began doing print work in Chicago for Sears, K-Mart, Spiegel, Land’s End, Chuck E. Cheese’s, and many other print advertisers. Two years later in 1995, renowned child director Bob Ebel was so taken by Carly’s wide-eyed innocence and extra spark of enthusiasm, he asked her to do a few commercials. It was one of Ebel’s commercials - the one for Shake n’ Bake - which caught the eye of General Hospital cast member Kin Shriner. In 1997, ABC had decided that Shriner’s character, Scotty Baldwin, should have a daughter. Since he would be working very closely with the new cast member, Shriner asked if he could participate in the selection of Baldwin’s daughter. Two weeks before a decision was to be made, the studio was down to five candidates for the part and still uncertain of whom to cast. It was at this serendipitous time that Carly’s commercial for Shake n’ Bake began to air on national television. Shriner said, “Every time I turned on the tube, there was this blonde-haired, blue-eyed, quirky little girl that made me laugh.” Knowing that Scotty Baldwin had found his daughter at last, Shriner immediately showed the commercial to GH casting director Mark Teschner and executive producer, Wendy Riche. by Louie Neira They agreed to fly Carly out from her hometown of Valparaiso, Indiana for the screen test. Carly’s open and honest, friendly attitude quickly won over Shriner, Teschner, and everyone else who met her. In all likelihood, she already had the part as she left the audition room, but on her way out the door, Carly turned and said to them, “Hey! You all should come back to our hotel – they put us up in a real nice one with a pool,” not knowing that “they” were standing in front of her, Carly said goodbye, returning home with a four-year contract, and most of all, Shriner as a best friend for life.