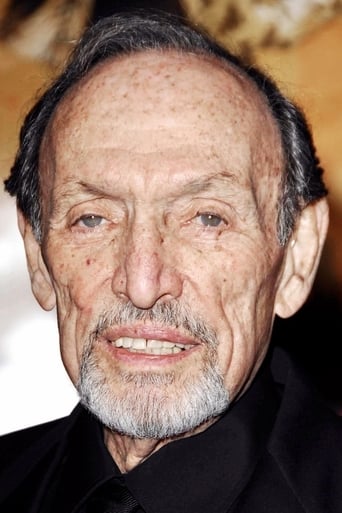 From Wikipedia, the free encyclopedia. Joseph Ruskin (born April 14, 1924) is an American character actor. Ruskin is one of only 4 actors or actresses to have starred in both the original Star Trek (1966) (up to and including Star Trek VI: The Undiscovered Country (1991)) and then in one of the spin offs. Along with Majel Barrett, Clint Howard and Jack Donner, he is one of only four actors to appear in both the original Star Trek series and Star Trek: Enterprise (2001). He also played a Vulcan Master in an episode of Star Trek: Voyager. Ruskin was also in an episode of The Outer Limits called "Production and Decay of Strange Particles". Ruskin was also in a movie called Smokin' Aces. Joseph Ruskin was the uncredited voice of the Kanamits from the Twilight Zone episode "To Serve Man". He also may be remembered as the Genie from the 1960 episode of the Twilight Zone, "The Man in the Bottle". He married Patricia Herd in 1959 and was later divorced in 1976. Description above from the Wikipedia article Joseph Ruskin, licensed under CC-BY-SA, full list of contributors on Wikipedia