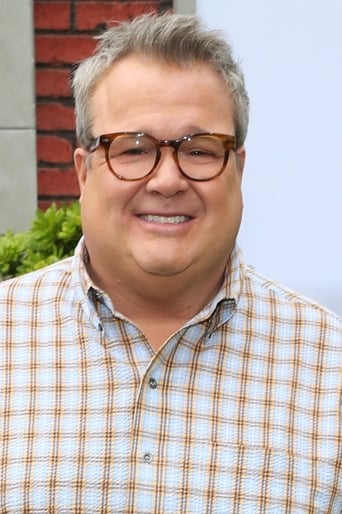 From Wikipedia, the free encyclopedia. Eric Stonestreet (born September 9, 1971) is an American actor best known for his starring role as Cameron Tucker on the ABC comedy Modern Family. Stonestreet has received tremendous critical acclaim for his performance in Modern Family and won the Primetime Emmy Award for Outstanding Supporting Actor in a Comedy Series for his role. Description above from the Wikipedia article Eric Stonestreet, licensed under CC-BY-SA, full list of contributors on Wikipedia.​