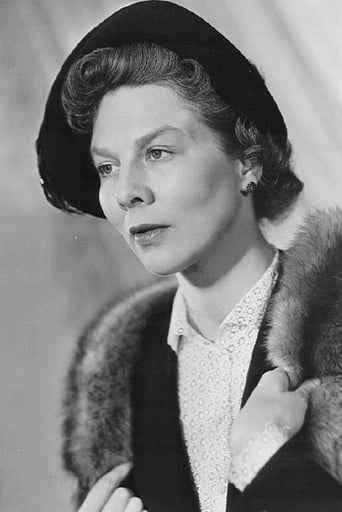 From Wikipedia, the free encyclopedia Dame Wendy Margaret Hiller DBE (15 August 1912 – 14 May 2003) was an English film and stage actress, who enjoyed a varied acting career that spanned nearly sixty years. The writer Joel Hirschorn, in his 1984 compilation Rating the Movie Stars, described her as "a no-nonsense actress who literally took command of the screen whenever she appeared on film". Despite many notable film performances, she chose to remain primarily a stage actress. Description above from the Wikipedia article Wendy Hiller, licensed under CC-BY-SA, full list of contributors on Wikipedia.