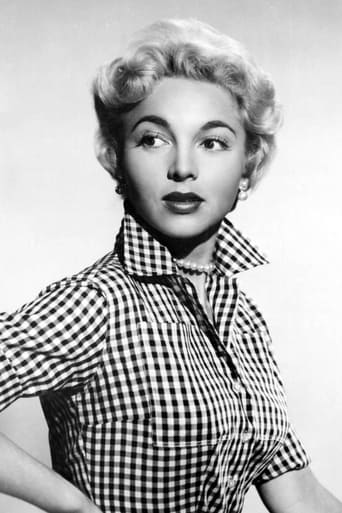 From Wikipedia, the free encyclopedia. Beverly Garland (October 17, 1926 – December 5, 2008) was an American film and television actress, businesswoman, and hotel owner. Garland gained prominence for her role as Fred MacMurray's second wife, "Barbara Harper Douglas", in the 1960s sitcom My Three Sons (a role she played from 1969 until the series ended in 1972). In the 1980s, she co-starred as Kate Jackson's widowed mother, "Dotty West", in the television series Scarecrow and Mrs. King, on CBS. She also had a recurring role as Ginger Jackson on The WB Television Network series 7th Heaven. Description above from the Wikipedia article Beverly Garland, licensed under CC-BY-SA,full list of contributors on Wikipedia.