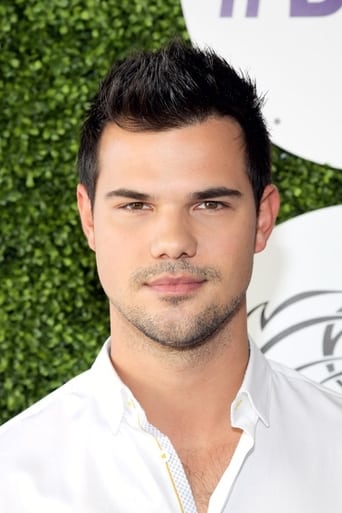 Born on February 11th, 1992 in Grand Rapids, Michigan, Taylor Daniel Lautner has shown he was destined for a successful life from a very young age. He began studying karate at the age of six, training at Fabiano's Karate School and, by the following year, he was already winning tournaments. He was soon invited to train with seven-time world karate champion Michael Chaturantabut (aka Mike Chat) and, when he was eight, he was asked to represent his country in the twelve years and under division in the World Karate Association where he proved himself by becoming the Junior World Forms and Weapons champion, winning three gold medals. He continued to flourish in the martial arts circuit; in 2003, at only eleven years old, he was ranked number one in the world for NASKA's Black Belt Open Forms, Musical Weapons, Traditional Weapons and Traditional Forms and and, by the age of twelve, he had three Junior World Championships under his "black belt". However, in addition to his love for karate, Taylor was bitten by the acting bug when he was seven years old, after his martial arts instructor persuaded him to audition for a part in a Burger King advert in Los Angeles. Although he was unsuccessful, he enjoyed the experience so much that he told his parents he wanted to pursue a career in acting. Soon, he and his family were traveling back-and-forth from their home in Michigan to California so Taylor could audition for acting roles on a regular basis. When he was ten, with the frequent traveling and air fares starting to drain them out, his family made the hard decision to relocate to Los Angeles where Taylor would have the advantage of being able to audition on a full-time basis. Although it was a wrench to leave behind friends and family, the move gave him the added bonus of being able to compete on a more intense level in football and baseball. Since moving to Los Angeles, Taylor has booked roles on "My Wife and Kids" (2001), "Summerland" (2004), "The Bernie Mac Show" (2001), and the The Nick & Jessica Variety Hour (2004) (TV). In addition to television, Taylor has been very successful in the voice over work. Taylor has booked a recurring role as Youngblood on the cartoon "Danny Phantom" (2004) as well as he has recording two episodes of "What's New, Scooby-Doo?" (2002) and 'Charlie Brown'. Taylor has also booked a series regular of a pilot presentation called Which Way Is Up? (1977) along with the voice of Silas in an animation series entitled 'Silas and Brittany'. His big break came in 2005 when, at the age of thirteen, Taylor won the role of Shark Boy in the Robert Rodriguez film The Adventures of Sharkboy and Lavagirl 3-D (2005). He spent three months on location in Austin, Texas filming, which he thoroughly enjoyed. Within months, he then successfully auditioned to play Eliot, the son of the Bakers' rival, in Cheaper by the Dozen 2 (2005). In his spare time, Taylor loves playing football and baseball, both sports which he is very strong in. In football, he running back on offense and middle line backer on defense and, in baseball, he takes part in the Hart Baseball Program where he is positioned at center field and second base. He also participates in the LA Hip Kids, a hip-hop dance group. Taylor also enjoys making home movies with his friends, including "Sharkboy and Lava Girl" co-star Taylor Dooley, who lives near his Los Angeles home. Although, he wants to continue acting into adulthood, he wouldn't mind becoming a film scriptwriter and director. Certainly, this is one young boy who is bound to do well in whatever he sets his mind to!