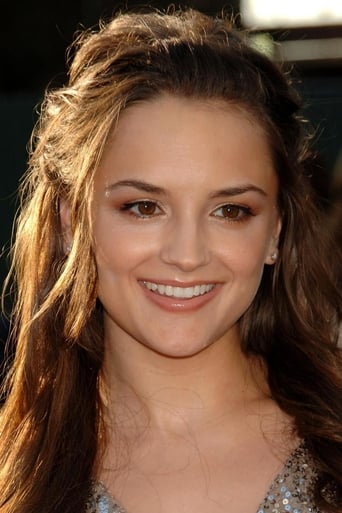 ​From Wikipedia, the free encyclopedia. Rachael Leigh Cook (born October 4, 1979, height 5' 2" (1,57 m)) is an American actress, model, voice artist and producer, who is best known for her starring role in films She's All That (1999), Josie and the Pussycats (2001), and the television series Into the West and Perception, as well as being the voice behind various characters in Robot Chicken and Tifa Lockhart in the English version of Final Fantasy VII: Advent Children. Cook was born in Minneapolis, Minnesota, the daughter of JoAnn, a cooking instructor and weaver, and Thomas H. Cook, a social worker and former stand-up comedian. Cook first appeared in a public service announcement for foster care at seven years of age, and began working as a child print model at the age of 10, most notably in nationwide advertisements for Target and appearing on the boxes of Milk-Bone dog biscuits. She attended Clara Barton Open School, Laurel Springs School, and Minneapolis South High School. Cook married actor Daniel Gillies in August 2004, after less than a year of dating. They have one daughter, Charlotte Easton Gillies, born in September 2013. Cook, a vegetarian, lives mostly in Los Angeles, but frequently goes back to visit her family in Minnesota.