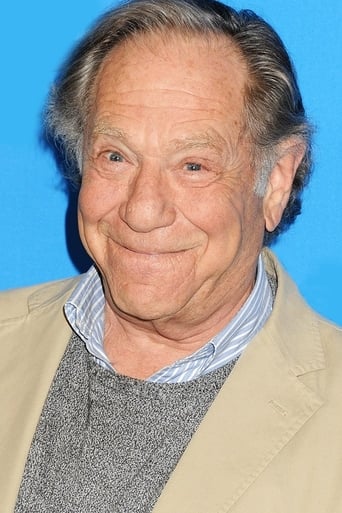 At one time in the early 1970s, it seemed like George Segal would have a career like that enjoyed by his contemporary Jack Nicholson, that of an actor's actor equally adept at comedy and drama. Segal never made the leap to superstar status, and surprisingly, has never won a major acting award, the latter phenomenon being particularly surprising when viewed from the period 1973-4, when he reached the height of his career, appearing in A Touch of Class (1973) and Robert Altman's California Split (1974). It was at this point that Segal's career went awry, when he priced himself as a superstar with a seven-figure salary, but failed to come through at the box office. For example, The Black Bird (1975) was a failure, but, ironically, at the end of the decade, he dropped out of a movie that would have burnished his tarnished lustre as a star: Blake Edwards' 10 (1979). 10 (1979) made Dudley Moore a star, while Arthur (1981) made him a superstar in the 1980s, a lost decade for Segal. It was an example of a career burnout usually associated with the "Oscar curse" (his No Way to Treat a Lady (1968) co-star Rod Steiger, for example, was a great character actor whose career was run off the rails by the expectations raised by the Academy Award). George Segal has never won an Oscar, but more surprisingly, has only been nominated once, for Best Supporting Actor of 1966 for his role as "Nick" in Who's Afraid of Virginia Woolf? (1966). George Segal was born on February 13, 1934 in Great Neck, Long Island, New York. After a stint in the military, he made his bones as a stage actor before being cast in his first meaty film role in The Young Doctors (1961). His turns in Ship of Fools (1965) and the eponymous King Rat (1965) in 1965 heralded the arrival of a major talent. He followed it up with his Oscar-nominated performance in Who's Afraid of Virginia Woolf? (1966), in which he more than held his own against Richard Burton and Elizabeth Taylor. Who's Afraid of Virginia Woolf? (1966) was a cultural phenomenon, the film that wrecked the MPDDA censorship code that had been in place since 1934, and a huge box office success to boot. He had arrived in the major leagues. By the early 1970s, appearances in such films as The Owl and the Pussycat (1970), Blume in Love (1973), Born to Win (1971) and The Hot Rock (1972) had made him a major star with an enviable reputation, just under the heights of the superstar status enjoyed by the likes of Paul Newman. He followed up A Touch of Class (1973) (a hit film for which his co-star Glenda Jackson won an Oscar) and his brilliant performance as the out-of-control gambler in California Split (1974) with a co-starring turn opposite of Jane Fonda in Fun with Dick and Jane (1977), a big hit that revitalized Jane Fonda's film carer. He gave a deft comic performance in Who Is Killing the Great Chefs of Europe? (1978) with Jacqueline Bisset and Robert Morley, which proved a modest box office success. For all practical purposes, even after the failures of The Black Bird (1975), "Lucky Lady" and The Duchess and the Dirtwater Fox (1976), it seemed like Segal, with a few deft career choices, could reorient his career and deliver on the promise of his early period. That he didn't may be the unintended consequence of his focusing on comedy to the detriment of drama. The comedy A Touch of Class (1973) made him a million dollar-per-film movie star, and that's what he concentrated on. Segal began relying on his considerable charm to pull off movies that had little going for them other than their star, and it backfired on him. These films weren't infused with the outrageously funny, subversive comedy of Where's Poppa? (1970), a success from his first period that he enjoyed along with co-star Ruth Gordon and director Carl Reiner. When Segal first made it in the mid-1960s, he established his serious actor bona fides with a deal he cut with ABC-TV that featured him in TV adaptations of Broadway plays. He also played a very memorable "Biff Loman" in Death of a Salesman (1966) (TV), shining in performance in counterpoint to the vital presence that was Lee J. Cobb's "Willy Loman". It was a good life for an actor, and he took time to show off his banjo-playing skills by fronting the "Beverly Hills Unlisted Jazz Band", with which he cut several records. While the 1980s were mostly a career wasteland for Segal, he came back in the 1990s, using his flair for comedy as part of the ensemble cast of "Just Shoot Me!" (1997).